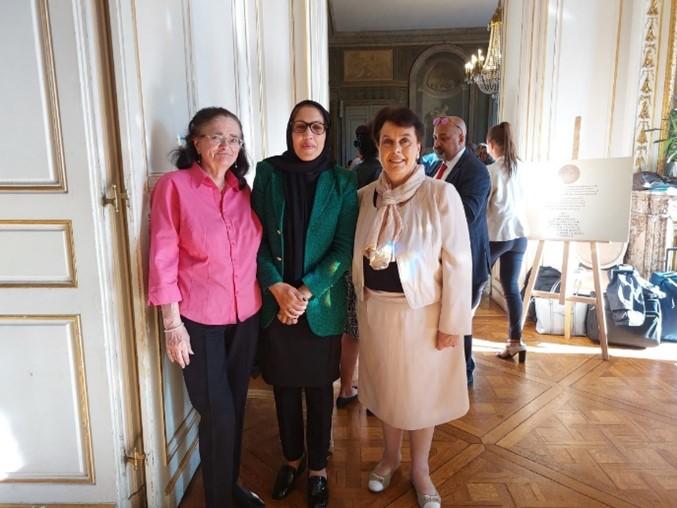 The FBE supports all those in danger in Afghanistan.  Since the capture of Kabul by the Taliban in 2021, the situation of lawyers, judges, and prosecutors in Afghanistan has worsened. Many were left stranded when Government evacuation efforts ended. The international  legal community campaigns to persuade governments to rescue legal professionals at risk. However, most governments evacuated their own nationals and those who had been employed by the respective Government or related bodies. Most Afghan legal professionals did not fall into either category, even though they had served those Governments’ interests by upholding the rule of law in their country. Many were actively involved in the prosecution of members of the Taliban and  are in great danger. The international legal community must act now to persuade more assistance to evacuate lawyers, prosecutors, judges and legal professionals at risk and to offer safe havens in their respective countries.

The FBE endorses the report of the Coalition for the Day of the Endangered Lawyer and urges all to implement recommendations in particular:

Excerpts from the Coalition Report

“The fall of the Afghan government in August 2021 erased two decades of progress almost overnight. The country’s entire judicial system has essentially collapsed. The laws on the books as of August 2021, including Afghanistan’s 2004 Constitution, have been deprived of all effect. Now, the principles of Shari’a are applied; and many of the directives issued by the de facto government constitute limitations on fundamental human rights, including freedom of press and expression, freedom of movement, and freedom of privacy. In addition, approximately 2,000 judges were dismissed by the new regime. Most of the new judges that have been appointed by the Taliban have reportedly obtained their qualification in religious rather than secular legal institutions. Judges and prosecutors who served in the Afghan government prior to the August 2021 takeover, as well as Afghan lawyers, face reprisal at the hands of both the Taliban itself and the thousands of convicted criminals who were freed when the Taliban flung open the doors of prisons across the country as it swept into power. Members of the Taliban hold their former defence lawyers, judges, or prosecutors responsible for their convictions. In addition, Taliban members target lawyers, especially women lawyers, for representing victims in cases where the Taliban members were convicted. Lawyers are also being persecuted by the de facto authorities because of their past efforts to protect the rule of law by ensuring access to justice for fellow citizens, especially women, and protecting their fundamental rights and freedoms. With their lives and those of their families in grave danger, many Afghan judges and prosecutors, as well as lawyers, male and female, were forced either to flee the country or to go into hiding.

On 22 November 2021, the Taliban’s Ministry of Justice issued a decree depriving the Afghan Independent Bar Association (AIBA) of its independence, including its authority to grant licences to lawyers.  One day after the decree was issued, Taliban forces stormed the AIBA’s headquarters in Kabul, threatening its employees and members with violence and ordering them to leave the premises. The Taliban gained access to the AIBA’s databases including data on over 2,500 lawyers and non-lawyer employees. These records contained lawyers’ ID information, the names of family members, home addresses, and phone numbers, as well as information on cases handled and lawyers’ affiliations with government and international organizations, in addition to information on prosecutors and judges. The Taliban also seized control of the AIBA’s bank accounts and funds. Since then, the AIBA was forced to cease its operations in the country and was placed under the control of the de facto Taliban Ministry of Justice. Using the information garnered from the databases that it seized, the Taliban targeted lawyers who had previously worked on “sensitive” cases (e.g., cases involving the defence of human rights, including women’s rights, and other similar matters). According to AIBA, 7 lawyers have been killed since the dissolution of AIBA and 146 lawyers have been arrested or investigated. Many of their colleagues felt compelled to flee the country or to begin living in hiding, together with their families, to attempt to evade the de facto authorities. The decree of 22 November 2021 also stated that only Taliban-approved lawyers are allowed to appear before the courts. Thus, former AIBA-registered lawyers are required to obtain a new licence, fulfilling a set of criteria devised by the de facto Ministry of Justice. In practice, lawyers are examined on the basis of their past activities and their understanding of Shari’a principles. Those who were previously active in the field of human rights, even remotely, or who had relationships with international organisations are automatically denied a license and are therefore no longer permitted to practice. Further, although before the fall to the Taliban, women had counted for 25% of the AIBA’s members, to date the Taliban has granted licences only to men. As a result, the vast majority of lawyers who were legitimately registered with the AIBA have now been banned from practicing law and are without clear future plans.”

The Full Report records many cases of lawyers and legal professionals at risk .

Prix Ludovic Trarieux Human Rights Prize Women lawyers, prosecutors and judges are particularly at risk. From the Coalition Report “Since 2002, Freshta Karimi has devoted her career to improving access to justice and promoting women’s and children’s rights in Afghanistan. In 2006, she co-founded the NGO Da Qanoon Ghushtonky (“DQG”) specifically to combat violence against Afghan women and to increase public awareness of the law in communities at the district and provincial levels, through the publication of a variety of popular legal awareness materials.   In just the first eight years of DQG’s existence, DQG lawyers handled more than 24,000 criminal and family law cases. Today, DQG continues to provide legal aid services for women, children and men in 16 provinces across Afghanistan. The events of August 2021 forced Mrs Karimi to leave Afghanistan and find refuge in Canada. In September 2021, she was awarded the prestigious Ludovic Trarieux International Human Rights Prize” Mrs Karimi was still in Afghanistan in hiding when she awarded the prize, and in September 2022 she travelled from Canada where she is now in exile to receive the prize at the ceremony in Bordeaux

Women in Legal Profession – Istanbul, 11.03.23 on the occasion of the international Women’s day