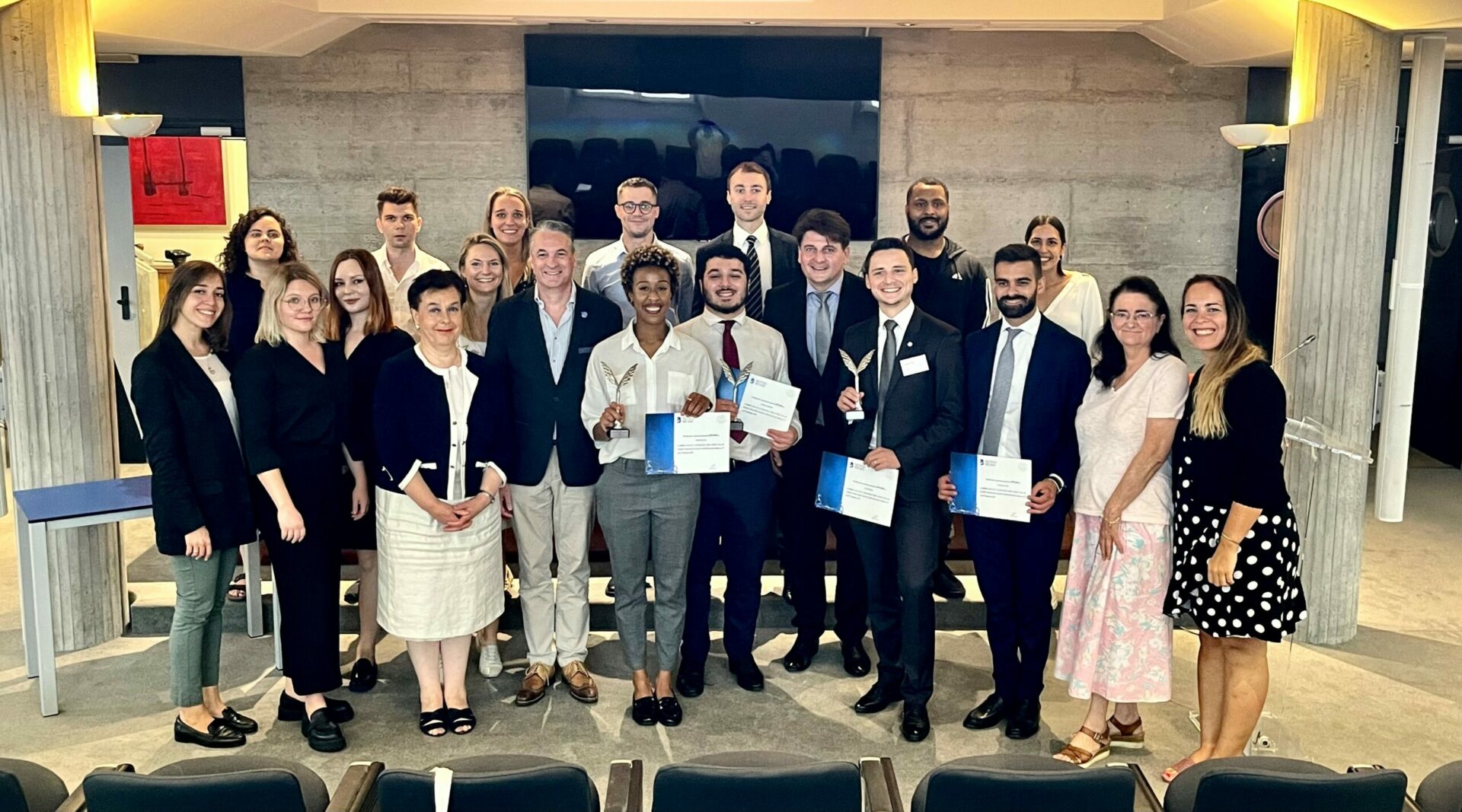 A war crime is a violation of the laws of war that gives rise to individual criminal responsibility for actions by combatants in action, such as intentionally killing civilians or intentionally killing prisoners of war, torture, taking hostages, unnecessarily destroying civilian property, deception by perfidy, wartime sexual violence, pillaging, and for any individual that is part of the command structure who orders any attempt to committing mass killings including genocide or ethnic cleansing, the granting of no quarter despite surrender, the conscription of children in the military and flouting the legal distinctions of proportionality and military necessity.

And this fact has become a contribution to this Competition.

On September 2, 2022 I was pleased to welcome the Jury, all Praticpants and Competitors to the third edition of “FBE International Young Lawyers and Law Students Human Rights Oratory Competition”, a human rights competition dedicated to young lawyers and law students from all over Europe up to 35 years of age, this time.

On behalf of Bilbao Bar, the welcome speech was given by Mr Aitzol Asla Uribe, the Member of the Govering Board of the Bilbao Bar and the President of the International and Training Department of the Bar.

It is well known how important is the issue of human rights in today’s world, especially in our times. How much attention each of us has to devote to this issue and how much still remains to be done.

The European Bars Federation and the Bilbao Bar (Spain) with patronate of Poznan Bar (Poland) have invited young people to spread these values from this Competition.                        The Competition was an opportunity to practice oratory skills, learn about students and practitioners.

Many young lawyers, law students responded to the invitation addressed to them.

The participants of the Competition were:

The participants’ struggle were assessed by the international Jury composed of:

The Speech had to be an original source of information. The participants were free to organize their speech, there was no imposed format.The Speech had not to exceed 10 minutes.

On the first day of the Competition, the final four were selected. On the second day, the finalists were faced with the topic:

“The Ukrainian justice system can give a fair trial to Russians accused of war crimes. Yes? Or No?”

With a slightly changed formula of the speeches (a skirmish in randomly selected pairs), as a result of the Jury’s hard deliberation and its unanimity, the winning three were selected:

The competition was again an excellent opportunity to practice oratory skills of young lawyers and law students as well as exchange experiences in this group.

We also thank very much to Bilbao Bar and all who hepled us to organize this Competition, especially to our Colleagues and Friends: Ms Izaskun Azpitarte Astobiza and Ms Maria Begona Angulo Fuertes.

The next, fourth edition – courtesy of the Dean of the Rotterdam Bar Mr. Peter Hanenberg is planned for next year 2023 in September in Rotterdam/ Netherlands.

The Chair of the Jury